The Geneva Area Chamber of Commerce hosted its 2020 Chamber Cup Golf Tournament on August 5 at Big Oak Golf Course in Geneva. Despite a three-month postponement due to COVID, the event was still one of the Chamber’s most successful tournaments within the last five years.

Among the 23 teams that participated in the scramble-style tournament, the winning team was Bella’s Sicilian Ristorante, which consisted of Dick Austin, Ashley Champion, Mike Rusinko and Joel Haley.

Sponsors for the 2020 Tournament were Empire Access, MRB Group, Geneva Walmart, and Waterloo Container. Tradition Chevrolet was the Driving Sponsor and Hole In One Sponsor. 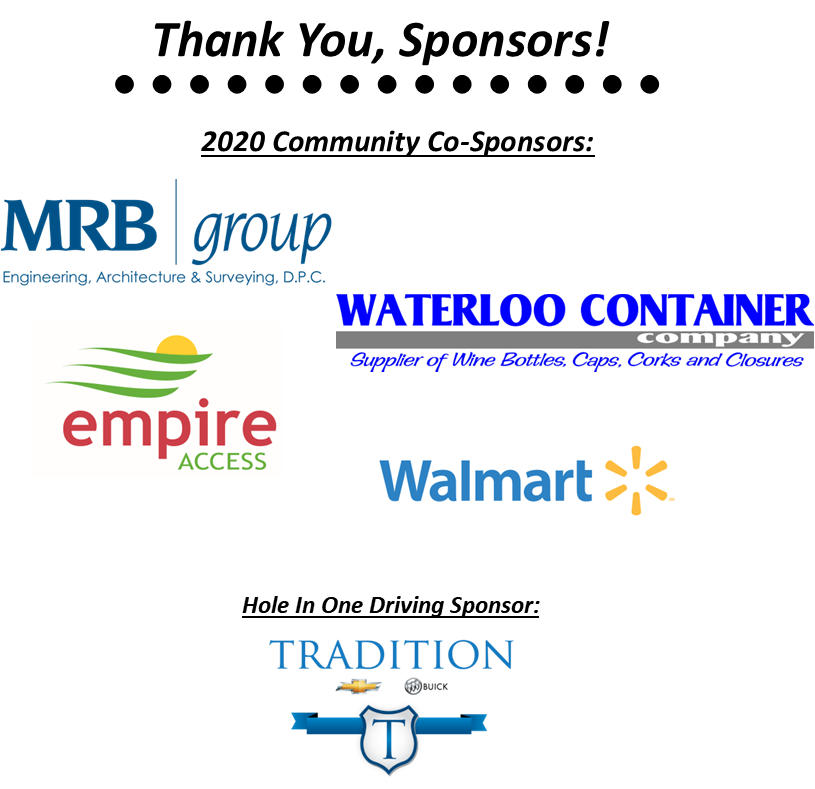 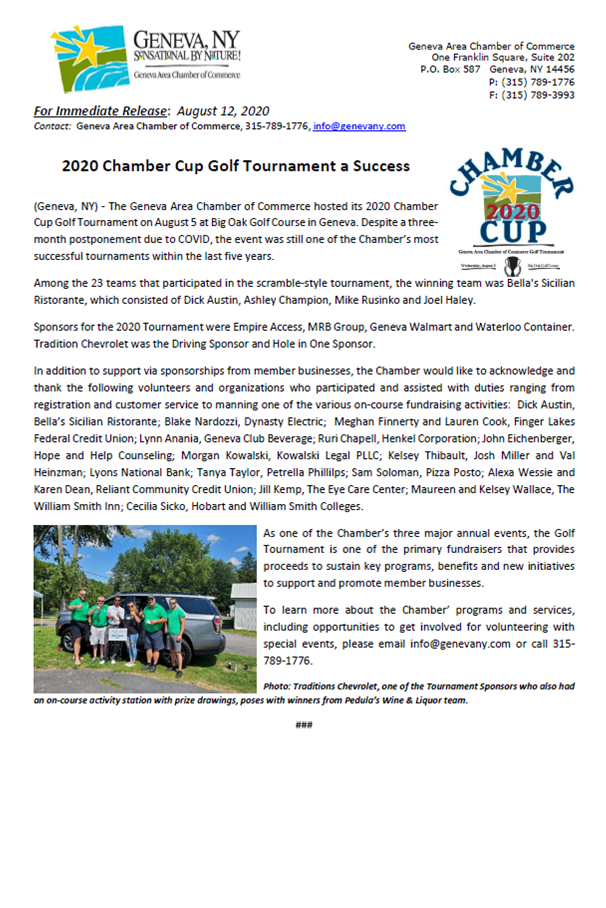